Okay so technically the RV Park we reserved is in White Salmon Washington which is directly across the bridge that connects White Salmon to Hood River. the coolest part was that our RV park was overlooking the Columbia and Hood River with a nice short five minute drive home. Anyhow the drive from Portland to Hood River was very short 90 miles and easy and one of the most pleasurable drives we’ve had to date. Once you leave Eastern Portland on 84 west, you get into this area called The Gorge…

The Columbia Gorge is this amazing Green Valley with waterfalls and rivers and beautiful tall trees for a Hundred Mile Stretch or so. 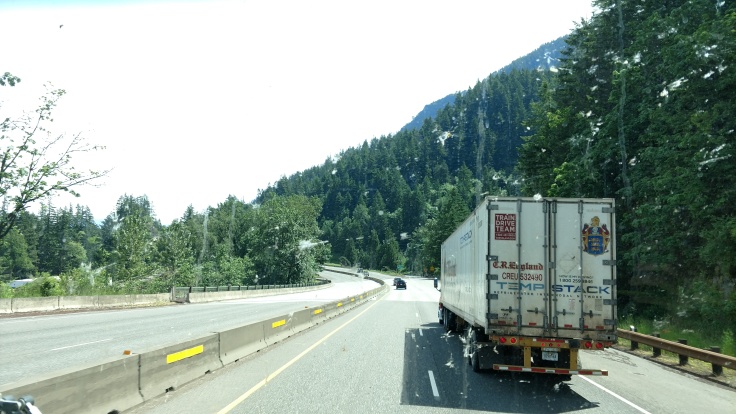 We did get a super awesome parking spot at the RV park which was overlooking the Columbia river and Hood River! 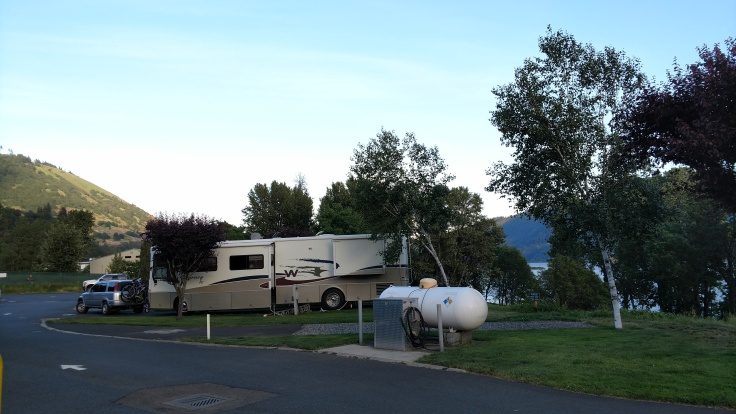 One of the craziest and scariest things that happened to us was crossing the bridge that connects Hood River to White Salmon. Allow me to explain… This bridge is very tiny and being a toll bridge there is quite a bit of traffic. But this is no ordinary Bridge mind you it is literally exactly a 16 ft wide so that means there’s the exact amount of room for two cars side-by-side and no more no less. In other words it is a very tight fit for the half-mile it stretches over the Columbia River. When you’re going over this toll bridge in an RV it can be quite terrifying to be honest. When I was looking out my window there was 4 inches between our wheels and the side of the bridge where our top heavy vehicle could easily just flip on over. Just look at this picture. The top mirror kind of shows it but the bottom right mirror really shows how close we were to disaster.

Not only that but there were also other large vehicles coming in the opposite direction of us so at one point Scott.

So close that he brushed up against the bridge wall which was literally four feet tall. I’m not usually scared of much but everything combined thing that this is our entire home with everything in it and a sleeping kid in the back I think my heart rate went to about 2000 beats per minute LOL 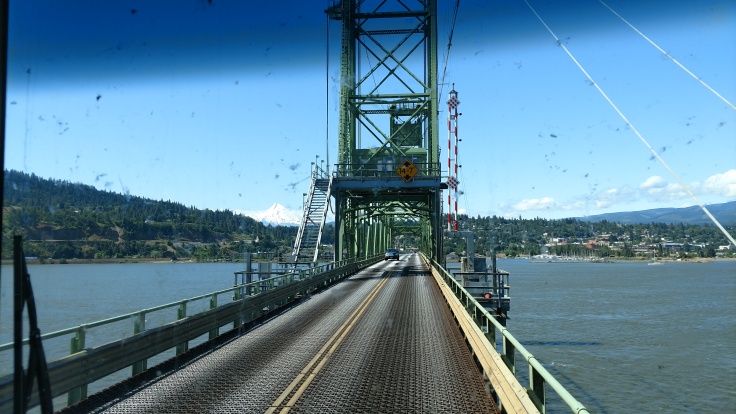 We had a blast and Hood River but it is full of the things that we like so it was easy to keep busy. We found a disc golf course and played disc golf which was a lot of fun and we hit up several of the local breweries including Double Mountain 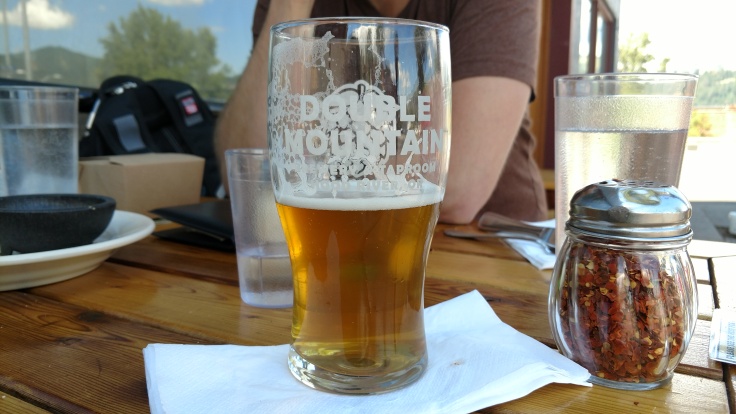 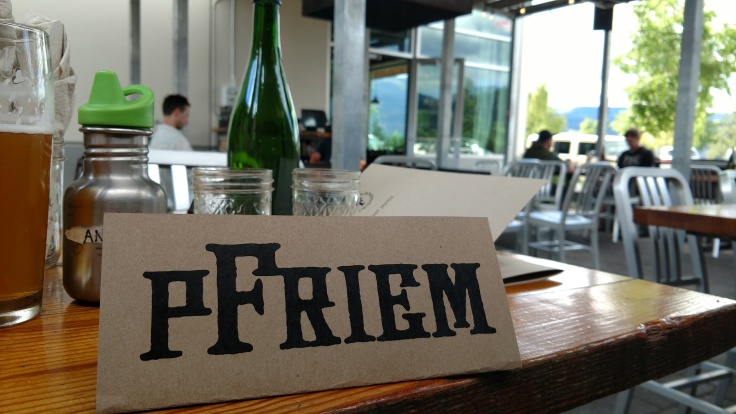 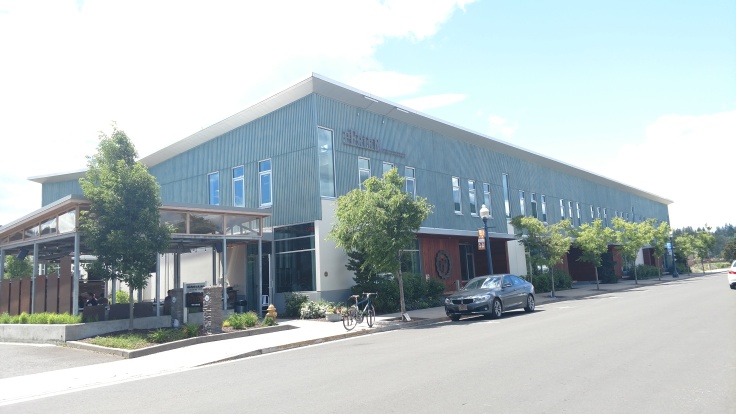 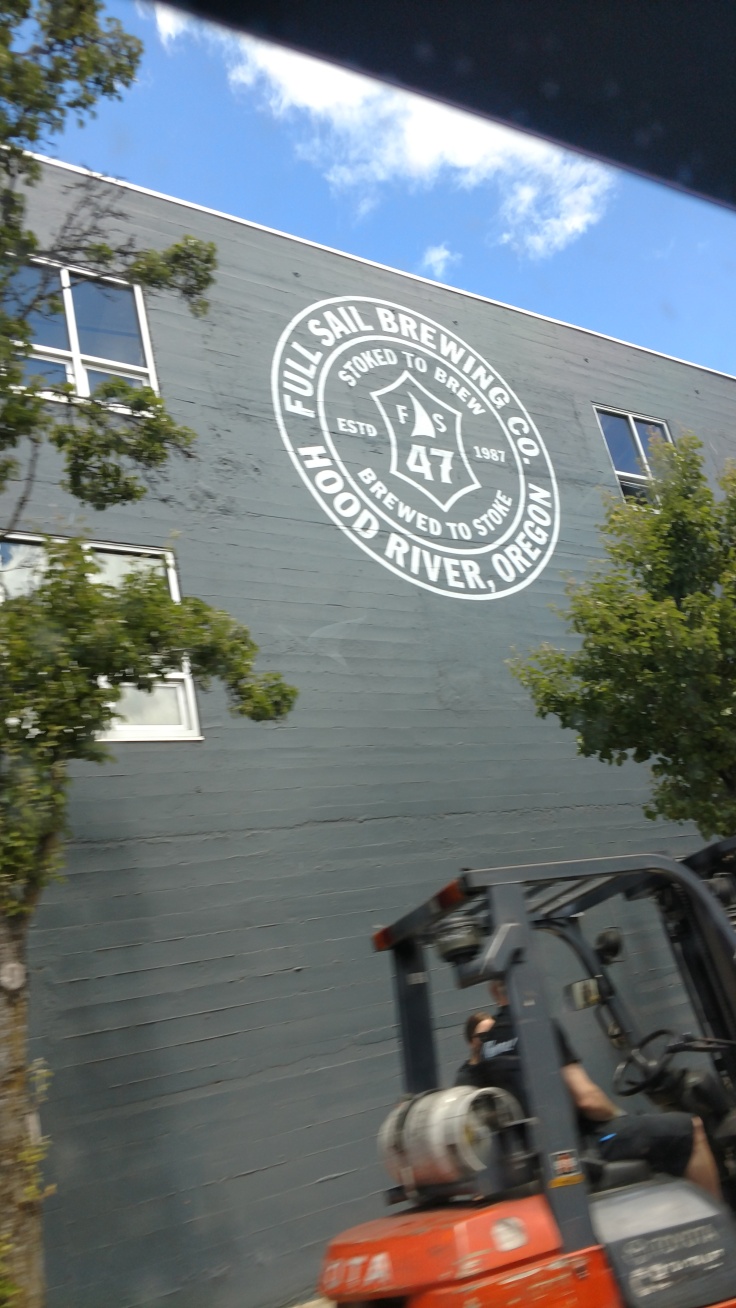 We wanted to make it to session Brewing but time did not allow so when we went to a local grocery store we ended up buying a 12 pack of session to support the locals you know!

And I think that was it but there’s a dozen or so bars in the area that are very trendy fun and popular for all ages over 21.
We had a great time at the Hood River Waterfront Park. Not only do they have a Sandy Beach area that is not packed but they also have a fantastic handmade children’s play area with all these cool non-conventional playground pieces of equipment period we spent a few hours climbing the rock walls and sliding the slides and spinning around and enjoying the view until we got hungry. 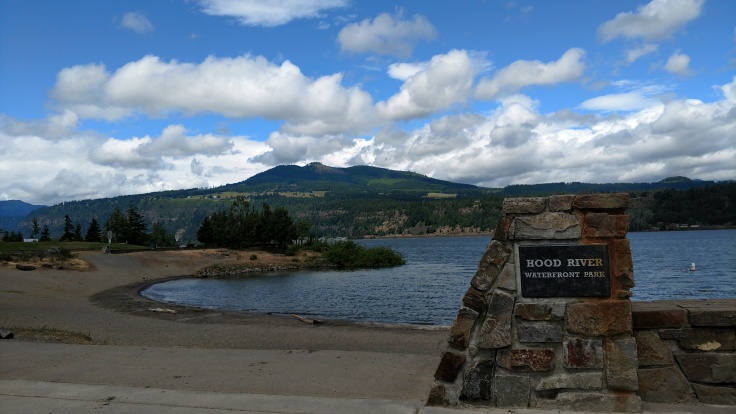 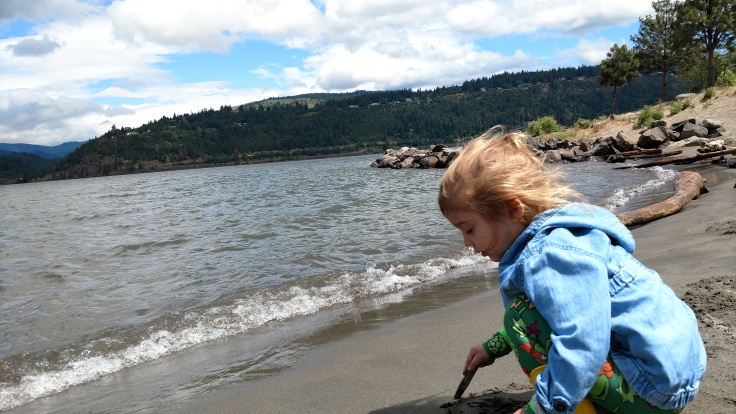 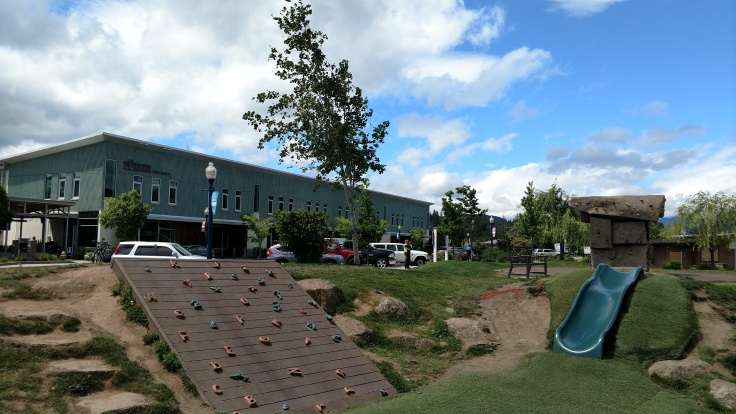 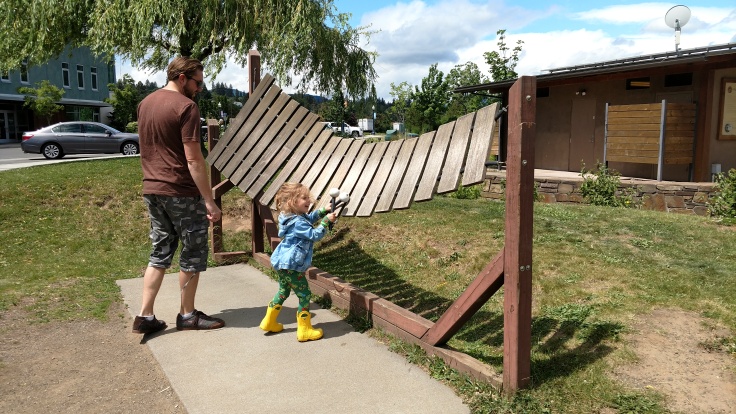 The other thing that we got to do which was very fun was to take Anikka to a second Park in Hood River that had a very homemade by cub-scouts feel! 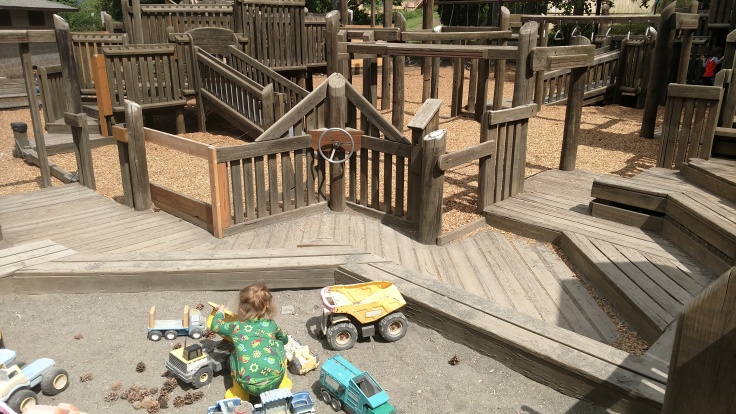 Anyhow Hood River is a small City located in the Gorge pretty much in the middle of it. It is very Progressive like Portland but has a small-town feel. Hood River is full of great breweries which we will talk about in a minute good restaurants beautiful parks and a great ambience. I would love to spend more time in Hood River but unfortunately we don’t have time to stay any longer!!